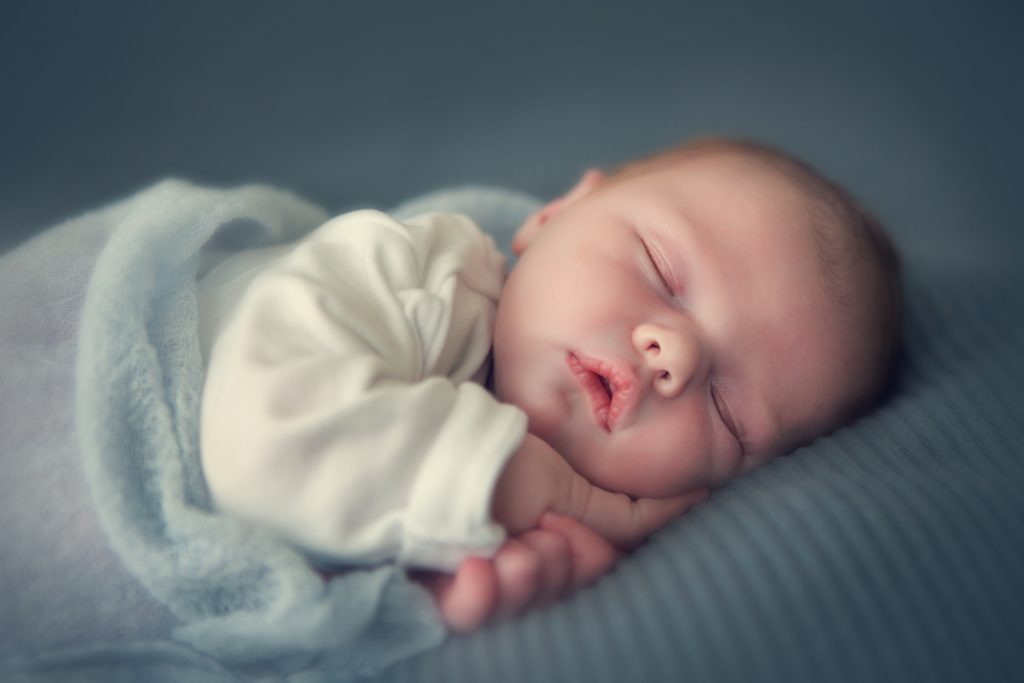 I was just scrolling through my junk emails this evening and came across one from the retailer Next – “Baby milestones – Celebrate their memorable moments and more”.  The main image is of the most adorable baby wearing a long sleeved vest emblazoned with “I slept through the night”.  It made me want to cry.
Today was the third day of the Nurturing Birth Doula Course with a fabulous group of women on their way to becoming doulas.  We were looking at many aspects of postnatal care, but particularly at the pressures new mothers face.  One question I hear time and time again in my work with new mothers, from their mummy friends, relatives and even well-meaning strangers is “Is your baby sleeping through the night?”  It is as if that is the holy grail of parenting – anything other than sleeping through the night represents MUMMY FAILURE!  And we can’t be seen to be failing – we have to be getting it right all the time.  So, what does “sleeping through the night” mean?
When I had my first baby almost fourteen years ago I thought sleeping through the night meant putting my baby down after his early evening feed and then not seeing him til morning.  Something I had read, or heard, led me to believe that all babies will magically sleep for an unbroken 12 or so hours.  Fantastic.  Turns out that wasn’t what other people thought sleeping through to mean, nor was it what my baby did!  When I started teaching baby massage groups I started asking mothers what they thought sleeping through the night meant.  The range of answers was extraordinary.  The vast majority viewed sleeping through as a baby going for an uninterrupted stint of about 7 or 8 hours – usually from about 11pm, so an approximation of an adult’s normal night.  For some it was as short as four or five hours e.g. midnight to 5am, and one woman even told me that sleeping through meant her baby sleeping approximately 8 hours, but waking a couple of times to feed!  It made me realise that a lot of women were potentially beating themselves up over something unnecessarily.
So, why the focus on sleeping through?  Is it because we are concerned about our babies getting enough sleep?  Or is it because sleep deprivation is so tough to deal with?  Would it be easier if we recognised how babies sleep and adapted our lifestyle to suit for what is, after all, a temporary period in their and our lives?  Babies don’t sleep in the same way as adults – they don’t develop circadian rhythms until at least 2-3 months old, and they are evolved to sleep much lighter, with the exception of one deep stint of sleep, which often occurs after cluster-feeding.  The specially-designed breastmilk which comes through at that early evening feed is designed to promote a deeper sleep – the composition of breastmilk changes across a 24-hour period, and even contains hormones designed to help the baby to settle.  If a mother were to permit herself to go to bed around the same time as her baby she might benefit from one longer stretch of sleep before the baby goes in to the more regular waking pattern that often occurs through the rest of the night, which is totally normal.  A recent study undertaken at Swansea University studied 6-12month old babies and discovered that the majority still wake up during the night and, contrary to popular belief, not just because they are hungry.  Humans wake during the night – for a pee, for a drink, for a cuddle, because we are too hot, too cold or because we had a disturbing dream.
Perhaps Next should change the design of their baby vest to “I sleep like a baby” with a note on the back to explain “ I wake regularly at night, but enjoy daytime naps”.  And perhaps there should be a design for mothers that says “My baby sleeps like a baby, so come and feed me, clean my house and watch him/her whilst I have a daytime nap!”  And perhaps there could be a design for partners/doulas that says “She sleeps with her baby so I’ll be cooking her a meal, tidying her house and watching her little one so she can catch up on some zzzz!
For sleep-deprived parents, or those who need more feeding support, then visit the Nurturing Birth Directory and search for doulas, night support or feeding www.nurturingbirthdirectory.com
For more information about becoming a doula visit www.nurturingbirth.co.uk

This website uses cookies to improve your experience while you navigate through the website. Out of these, the cookies that are categorized as necessary are stored on your browser as they are essential for the working of basic functionalities of the website. We also use third-party cookies that help us analyze and understand how you use this website. These cookies will be stored in your browser only with your consent. You also have the option to opt-out of these cookies. But opting out of some of these cookies may affect your browsing experience.
Necessary Always Enabled

Any cookies that may not be particularly necessary for the website to function and is used specifically to collect user personal data via analytics, ads, other embedded contents are termed as non-necessary cookies. It is mandatory to procure user consent prior to running these cookies on your website.